Can You Say NO To Having Fun ? 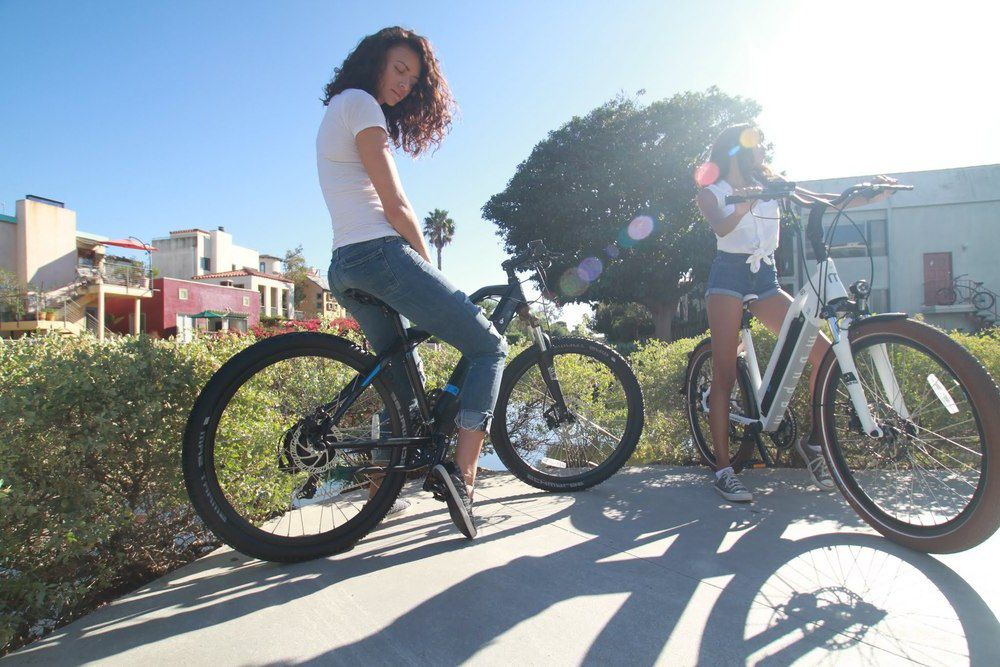 You do remember how much fun riding a bike was when you were a kid !
Don't you ?
So Then Why Do So Many Regular Bicycles Sit In Our Garages Or Basements, Not Being Ridden ?

It's pretty easy actually to say NO to things that aren't viewed as being fun, or at least 'fun anymore.'

It's easy to say no to 'exercising.'

It's easy to say no to 'getting on that treadmill.'

It's easy to say no to a whole lot of things in life, that go beyond just sitting on your couch, relaxing, drinking or eating, and saying yes to things that don't require much 'work' or 'effort.'

As you get older, or even when you are young but over the age of 20 or 30, its so much EASIER to just hop in a car to get somewhere, than it is to pull out that dusty old bike from the garage, put air in the tires, make sure its 'ok' to ride, and then after a mile or two, say to yourself "why am I doing this", when you could be doing absolutely anything else, and even texting while you drive somewhere, or being "Ubered" around by someone else.

See that's where e-biking, or riding an ELECTRIC BIKE, is so very different. It is FUN ! Every single time.

See the secret is, that its next to ZERO work to get on an e-bike, and ZERO effort to get somewhere fairly fast, while still getting some very healthy exercise but not feeling like someone put you on a treadmill, made you sweat, while staring at 4 walls in your basement, or someone else's backside while at a gym.

Its actually pretty exhilarating to suddenly be able to go faster than you ever did as a kid, on a bike, while still using your own legs, and feeling the wind in your hair, and watching the ever changing scenery go by...more slowly than in a car to where you can both see it, and hear it, while being on your e-bike that is as quiet as walking.

And yes, you are still getting exercise. Way more in fact than you'll get sitting in a car, on a couch, in a seat in front of a computer screen, or even dare I say at a gym. How and why ?

Well first of all you'll WANT to get on one every chance you get ! Because it is just so much fun. In fact, I have never seen anyone come back from their first ride on an e-bike without a big smile on their face.

I've never seen anyone come back after their 1000th ride on an e-bike without a smile on their face.

No one can ever explain it to you though. Everyone's description is usually just a little bit different when they talk about the kind of fun it is for them. That's because everyone is built physically different, has different ailments, or strength levels, or different things about them that make their e-biking experience very unique. The reason that compels you to try one out, doesn't really matter.

So just ask yourself one question - "Can I say no to fun ? "

Sure you can. But try an e-bike just once. See how you feel. Feel how much fun it truly is.